hide
hide
No announcements have been posted yet for U12 2-Day Alpine Ski. 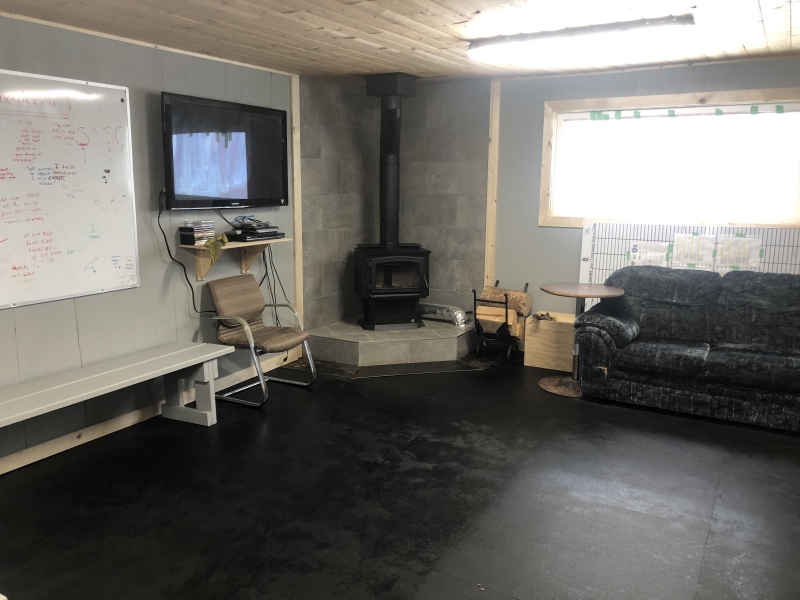 SSSC is very pleased to announce the successful completion of our Phase 2- Interior Club Cabin Renos!

A huge thanks to Northern Development Initiative Trust- $15,000 grant- for making this possible.

The upgrades are simply astounding! Please check out Photos under the Media section of our Website.

SSSC Executive has made the difficult decision to cancel the 2020 Schussboomer Downhill that had been rescheduled for December 12th.* Please mark April 3rd, 2021 for the next Schussboomer* and hopefully a more social world once again! In lieu of this signature fundraising event for our club athlete programming, please consider our virtual auction on Facebook- search for Smithers Ski and Snowboard Club Fundraiser, or the link below:
https://www.facebook.com/groups/699674924286612

Smithers Ski and Snowboard Club is pleased to share our upcoming program plans for this winter season. We are offering a variety of programs with some changes to better align with our Return to Sport plan, and support athlete development. Please review carefully as part of registration.

U12 1-day ski (Saturday only) – $453.50
For skiers who do not want to train twice a week quite yet, the U12 1-day program o ers an alternative for 10 &
11 year olds coming from U10, or new to the sport, to keep active in the SSSC. Our coaches continue to focus on
the Snow Stars skill development guide and these older athletes are provided with full day programming, from
10 AM to 3:30 PM on Saturdays, running early January to late-March.

U12 2-day ski – $558.50
e U12 2-day ski program is for more committed athletes, using Snow Stars as the Development model for
progression, with the key focus to consolidate and re ne basic skiing skills and to learn to train/race. We also
introduce general tness both on-snow and o -snow (dryland training); ski race speci c training will include
dual formats (side by side training/racing) in both slalom and giant slalom. Free skiing in all conditions and
on all types of terrain will play a major role in the overall program. is is a high energy group with signi cant
athletic development. e program runs full days (9 AM-3:30 PM) from opening weekend (December 5/6) to
closing in early April, with multi-day camps at Christmas and spring break. ursday a ernoon training is
optional but was a huge success last year and will be o ered again. Athletes are encouraged to attend the Ski the
North Festival, one out of town Teck race (Prince George or Quesnel), and the North Zone Finals in Smithers in
April. Fall and Spring ski camps may be available as part of programming.

U14 Snowboard (Sundays Only) – $407.00
Riders will take the fundamental skills taught in the U-10 program and move to the Learn To Train stage of
the Long Term Athlete Development model. is one day program will be on Sundays from 10AM to 3:30 PM
from mid-December to early April. We will introduce riders to all snowboard disciplines. e U-13 program
uses Canada Snowboard’s Blue Curriculum of their Riders Program to develop athletes. We will go into some
slope-style training, although at the U-13 stage it isn’t the main focus for the season. Disciplines that will be
incorporated will be PGS (gates), Snowboard cross (SBX), free ride and slope style.

U14 and U16 Ski – $717.50
e U14 and U16 ski programs continue to develop athletes along Alpine Canada’s LTAD (Long Term Athlete
Development) model and consolidate skills learned from youth. Program runs Saturday/Sundays and ursday
a ernoons, with camps at Christmas and spring breaks, and coaches o en o er exibility for additional training.
Athletes attend Teck Zone races in Quesnel, Prince George, and Smithers, as well as select provincial meets such
as Whistler Cup, BC winter Games, and/or U14 and U16 provincials. ese experiences build lifelong memories
and help set athletes up for success in whatever goals they pursue later on.

Special Olympics – $153.50
Special Olympics (S/O) is a sport organization for children and adults with intellectual disabilities. We are the
only alpine ski team north of Quesnel. We are always looking for new members to join our team. Skiers can be
any level! We train most Saturday mornings from mid-December starting at 10:00 am and we may train more
o en as needed. Every winter we participate in a large regional S/O race. Also, we are invited to race in the SSSC
races that always happen here at Hudson Bay Mountain. Come and join us to train in the mountains with new
friends!

Registration is now Closed. See you next season!

SSSC Executive is pleased to share the current Return to Sport plan for our ski and snowboard programs, adopted August 24, 2020.

This plan is aligned with BC Alpine direction and ViaSport oversight.

SSSC will strive to update this plan on a regular basis as provincial direction shifts.

Let’s all work towards maintaining the sports we love in a safe and healthy environment!

Please let us know if any feedback or questions.